When biking is an Adventure

Team leaders and bicyclists start the first bike ride of the season.

These are the 906 Adventure Team’s rules. (Journal photo by Christie Bleck)

Fran Broeders of Negaunee helps his 8-year-old daughter, Emily, perform a check on her bicycle before the first bike ride of the Adventure Bike Club’s season on Monday at Tourist Park in Marquette. Older riders led young bicyclists through the area after making sure their bicycles were in good working order. (Journal photo by Christie Bleck) 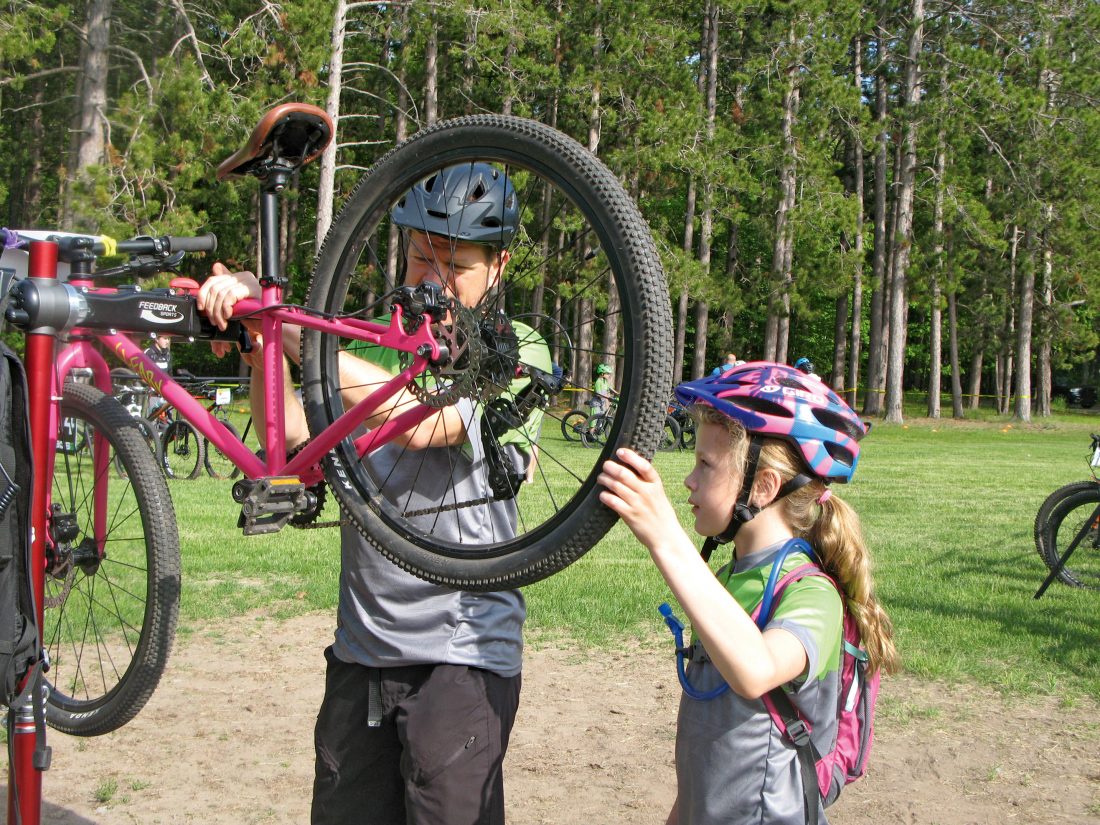 Fran Broeders of Negaunee helps his 8-year-old daughter, Emily, perform a check on her bicycle before the first bike ride of the Adventure Bike Club’s season on Monday at Tourist Park in Marquette. Older riders led young bicyclists through the area after making sure their bicycles were in good working order. (Journal photo by Christie Bleck)

MARQUETTE — A few rules had to be followed at Monday’s season debut ride of the Adventure Bike Club at Tourist Park: no wheelies were allowed, helmets were to be worn at all times and hands were to be kept on the handlebars.

If you think that kept youngsters from having fun, you’d be mistaken.

Todd Poquette, “director of adventure” of the 906 Adventure Team that runs the club, oversaw the event that attracted numerous riders — young bicyclists and team leaders alike.

The club is for kids age 5 to 17 who through its activities can learn biking skills but also build confidence and meet people. Group leaders undergo background checks and training.

Before the Monday ride began, Poquette addressed the older riders who were in charge of leading, and following, various teams of young bicyclists on their journeys. 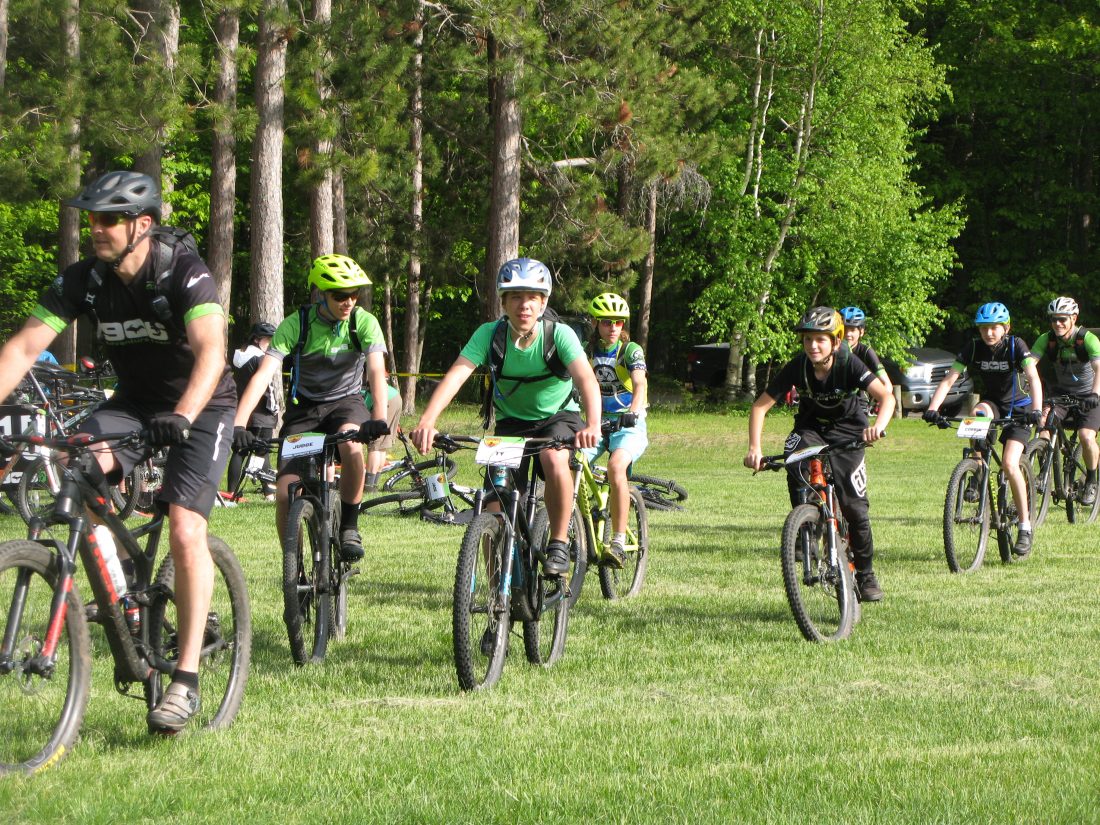 Team leaders and bicyclists start the first bike ride of the season.

“You do need to come back with the same amount of kids that left,” he joked to the leaders.

The event involved more than the kids just hopping on their bikes and leaving on the journeys unsupervised and on bicycles that might have questionable parts.

Poquette said they first were to go to the stations with bike racks, meet their leaders and then check their bikes.

Each guided ride was to take about an hour and a half to two hours and run through local trails, with rides to take place twice a week through the end of August, he said.

“We have a minimum of two leaders per rack, so it’s about two leaders to 10 kids,” Poquette said. “They’ll do some skill development today and work on certain skills.

“It’s really an introduction to riding because we’ve got to figure out where all these different kids are at, ability wise.”

Age levels varied too, he said, with one group having 5-year-olds and another having teens.

The event also was an inter-generational one, with Fran Broeders of Negaunee serving as a team leader and his daughter Emily, 8, going along for the ride — but not before her bike was checked.

Pre-ride inspections were necessary. Riders, of course, wouldn’t want their wheels coming off in the middle of a trek.

Fran Broeders said the checks focused on an “ABCD” concept: air, brakes, chain and derailleur — a mechanism for shifting gears that works by moving the chain from one set of exposed gears to another.

These parts, when working properly, make for a more enjoyable ride than if they were malfunctioning.

And biking should be enjoyable.

“It’s fun because you go up and down on bikes,” Emily Broeders said.

Her father is in his second year as a leader. Although he loves bicycling, he stays in the Adventure Bike Club program for the kids.

The ideal Monday weather — not too hot, not too cold and no rain in sight — allowed for other types of biking activity to take place at “base camp,” or Tourist Park.

Obstacle courses were set up for the riders to weave around small objects placed on the ground while another group rode in an ellipse, which gave that leader a chance to weave in a geometry lesson by calling that shape a “stretched circle.”

Riders also were given tips on proper techniques to avoid the dreaded “OTB,” or being lurched “over the bike.”

The club experience can make a youngster become a better person.

One boy, example, kept making growling noises, so his leader told him about “The Boy Who Cried Wolf.” He amusingly warned the young rider that if he were to be seriously hurt on the trip, no one would know.

For more information on the 906 Adventure Team and the Adventure Bike Club, visit 906adventureteam.com.

US marks King holiday amid fears of deep racial divisions