The state of Michigan has imposed a lower daily bag limit on yellow perch from 50 to 25. The issue was mentioned during Wednesday’s “Conversations and Coffee” event sponsored by the Michigan Department of Natural Resources. (Photo courtesy of the DNR)

Anglers are asked to “clean, drain, dry and dispose” after a fishing or boating trip to keep invasive species from spreading. The issue was mentioned during Wednesday’s “Conversations and Coffee” event sponsored by the Michigan Department of Natural Resources. (Photo courtesy of the DNR) 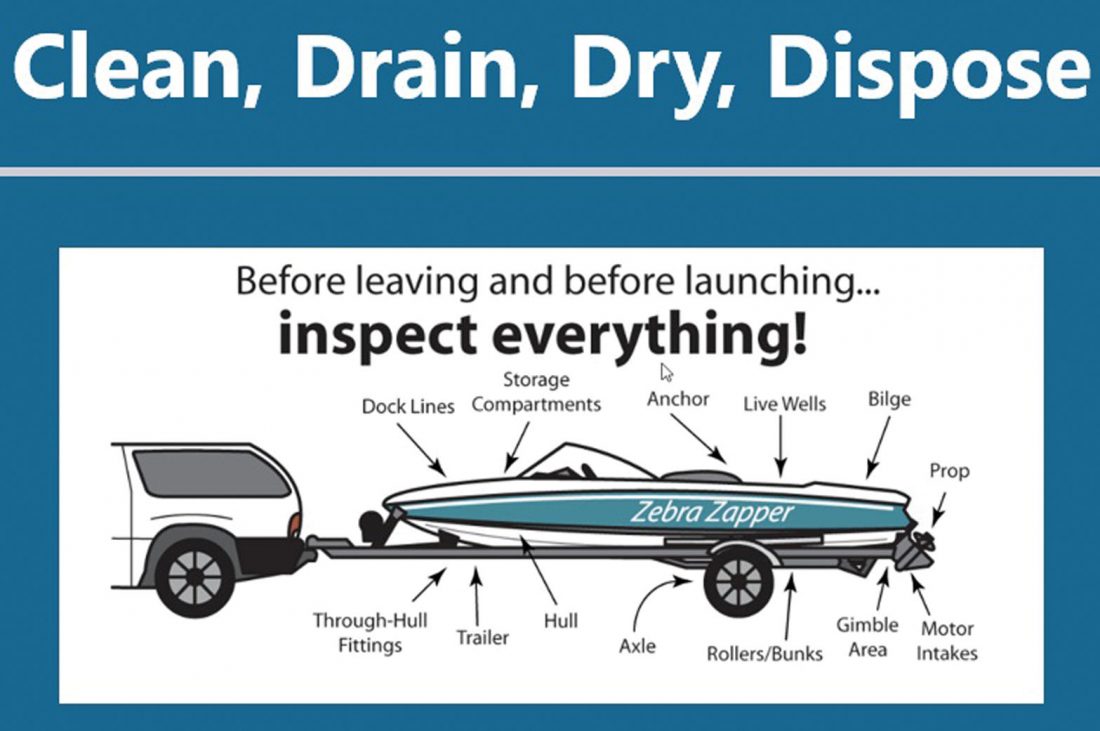 Anglers are asked to “clean, drain, dry and dispose” after a fishing or boating trip to keep invasive species from spreading. The issue was mentioned during Wednesday’s “Conversations and Coffee” event sponsored by the Michigan Department of Natural Resources. (Photo courtesy of the DNR)

ISHPEMING — Changes have come and will come for Upper Peninsula fisheries.

Some of those changes were discussed at Wednesday’s “Conversations and Coffee” event put on by the Michigan Department of Natural Resources at Ishpeming Township Hall.

“Every year, the new changes are posted in red throughout the book, so anytime you see something in red, it’s going to be new,” Madison said.

Also, he noted symbols now indicate restrictions such as flies only. 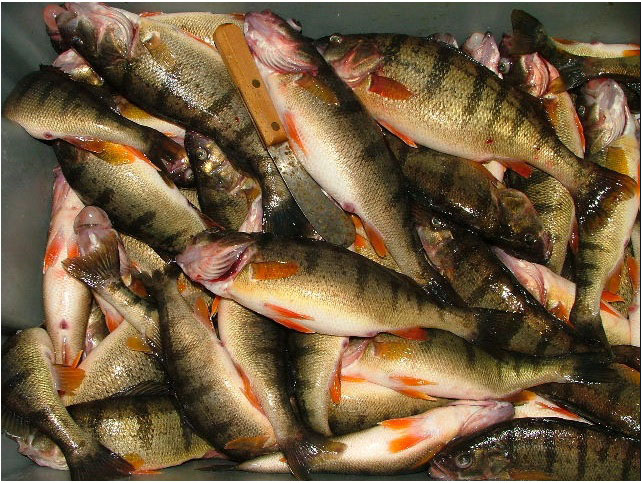 The state of Michigan has imposed a lower daily bag limit on yellow perch from 50 to 25. The issue was mentioned during Wednesday’s “Conversations and Coffee” event sponsored by the Michigan Department of Natural Resources. (Photo courtesy of the DNR)

“We like to make the guide more simple and easy to understand,” Madison said.

One of the major rule changes that’s gone into effect is the decrease in the daily yellow perch bag limit from 50 to 25.

“There’s been a lot of public support for that,” Madison said.

However, there’s been talk, he said, of setting a daily bag limit of five perch 12 inches or longer.

Madison pointed out that change could be problematic for conservation officers considering perch anglers sometimes throw their catch into the same livewell, and ice anglers throw their fish on the same pile.

“When a CO comes along, it’s hard to know who caught more than five and who didn’t,” Madison said.

Noting the DNR wants to be responsive to what the angling public wants, Madison asked Wednesday’s audience for their opinions.

George Lindquist, president of the Michigan United Conservation Clubs, indicated he would favor the change.

“These were your great breeders,” Lindquist said.

Even if the fish aren’t breeders, Madison said quality stock is being protected.

Lindquist also pointed out there aren’t that many 12-inch perch anymore.

“Lake Independence grows big perch, or can grow big perch, but we take them out,” he said.

The regulation has been in place on Lake Gogebic since 2012, Madison said, although an angler who’s caught the five-fish limit has yet to be discovered.

Another change has been adding walleye and muskellunge to the Michigan Fishing Tournament Information System, with bass tournaments already having to be registered, he said.

The purpose of the system is to let people know when tournaments are taking place on what lake.

To help stop the spread of invasive species from one body of water to another, Madison said a new regulation requires people to clean their boats after leaving the water, and this means draining livewells.

“Invasives are getting into a lot of our lakes,” he said, “and that’s really affecting our fisheries.”

More bad news Madison discussed was what he called “the end of the rainbow.”

“Our rainbow trout management is just not working,” Madison said of the U.P. rainbow fishery.

What’s happening, he said, is “rainbow lakes” such as Lake Medora in Keweenaw County no longer produce that species.

“Our lakes are getting about 5 degrees warmer, and these are one of the most fragile fishes,” Madison said. “They need clear, cold water without competition of other fishes.”

There is, however, good news.

“One of our management goals is to develop a good bluegill fishery in Marquette County,” Madison said.

Efforts involve stocking pure-strain bluegills every year in the Silver Lake Basin, and they’re starting to become established, he said.

“We need a good bluegill lake in this area because once a lake down by Gwinn gets found, everybody fishes it out,” Madison said.

Madison also said four new rearing ponds at the Thompson State Fish Hatchery in Manistique will result in more walleye, muskellunge and steelheading for stocking in the U.P.

Earlier this year, the Natural Resources Commission reaffirmed the 10-trout threshold for certain U.P. streams, an exception to the five-brook trout limit elsewhere in Michigan. However, Madison said the order will expire in October.

It then will be determined if the more liberal regulation could hurt the brook trout population.

Hatchery-reared brook trout in Michigan come from the Marquette State Fish Hatchery, the DNR said in a news release. Depending on stocking needs, fish at different life stages can be pulled from the hatcheries. This variety has given fisheries managers the option to stock spring and fall fingerlings and yearlings with much success over many decades.

However, some locations where younger life stages of brook trout are stocked have had to withstand overwintering in harsh conditions at smaller sizes, making it difficult to build a fishery. When production was available and where possible, the DNR has stocked yearling brook trout to alleviate these survival concerns.

“Following a review of this practice — including available rearing space at Marquette State Fish Hatchery — it’s been determined we can now use yearling brook trout at all locations within the Eastern Lake Superior Management Unit,” said Cory Kovacs, a fisheries biologist based in Newberry. “Anywhere we previously stocked spring and fall fingerlings we will now replace those stockings with yearlings.”

For more information on where the DNR stocks fish, visit MichiganDNR.com/FishStock.