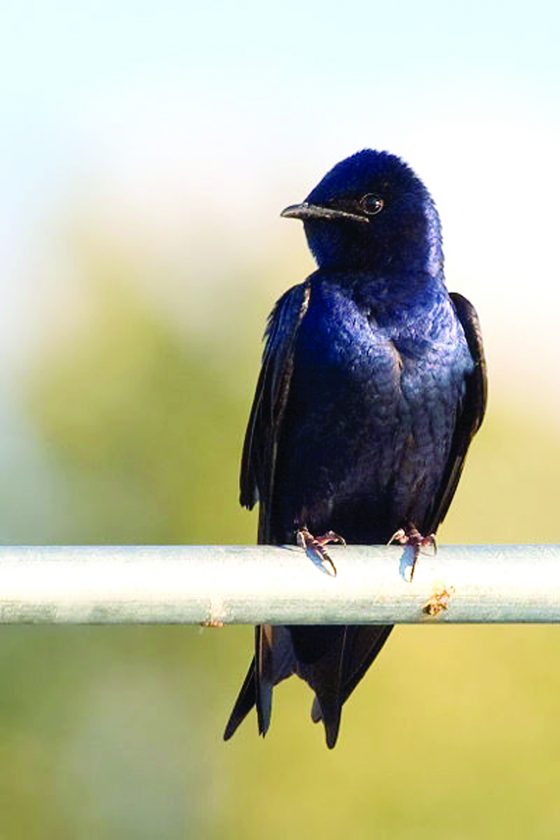 The purple martin is a major beneficiary of efforts made by the Escanaba Migratory Bird Enhancement Initiative. Joe Kaplan, who is involved in the initiative, spoke on the project on Wednesday to the Laughing Whitefish Audubon Society. (Photo courtesy of Wikimedia Commons)

The purple martin is a major beneficiary of efforts made by the Escanaba Migratory Bird Enhancement Initiative. Joe Kaplan, who is involved in the initiative, spoke on the project on Wednesday to the Laughing Whitefish Audubon Society. (Photo courtesy of Wikimedia Commons)

Native plants can benefit a region for people and wildlife. (Photo courtesy of Joe Kaplan)

MARQUETTE — The Nature Conservancy’s opinion on stopover sites is that they can be one of three things to migratory birds: a fire escape, a convenience store or a full-service hotel.

Joe Kaplan wants the Escanaba area to be a full-service hotel.

Kaplan, who lives in Escanaba and is affiliated with Common Coast Research & Conservation, coordinates the Escanaba Migratory Bird Enhancement Initiative. He discussed EMBEI and other regional initiatives to the Laughing Whitefish Audubon Society on Wednesday at the Peter White Public Library.

“I hate acronyms so much that I stupidly made a huge burdensome one myself — the Escanaba Migratory Bird Enhancement Initiative,” Kaplan joked. “I thought this was going to be a short-term thing, but here are, like six or seven years later, watching trees grow.”

On the other hand, what word could he have left out? 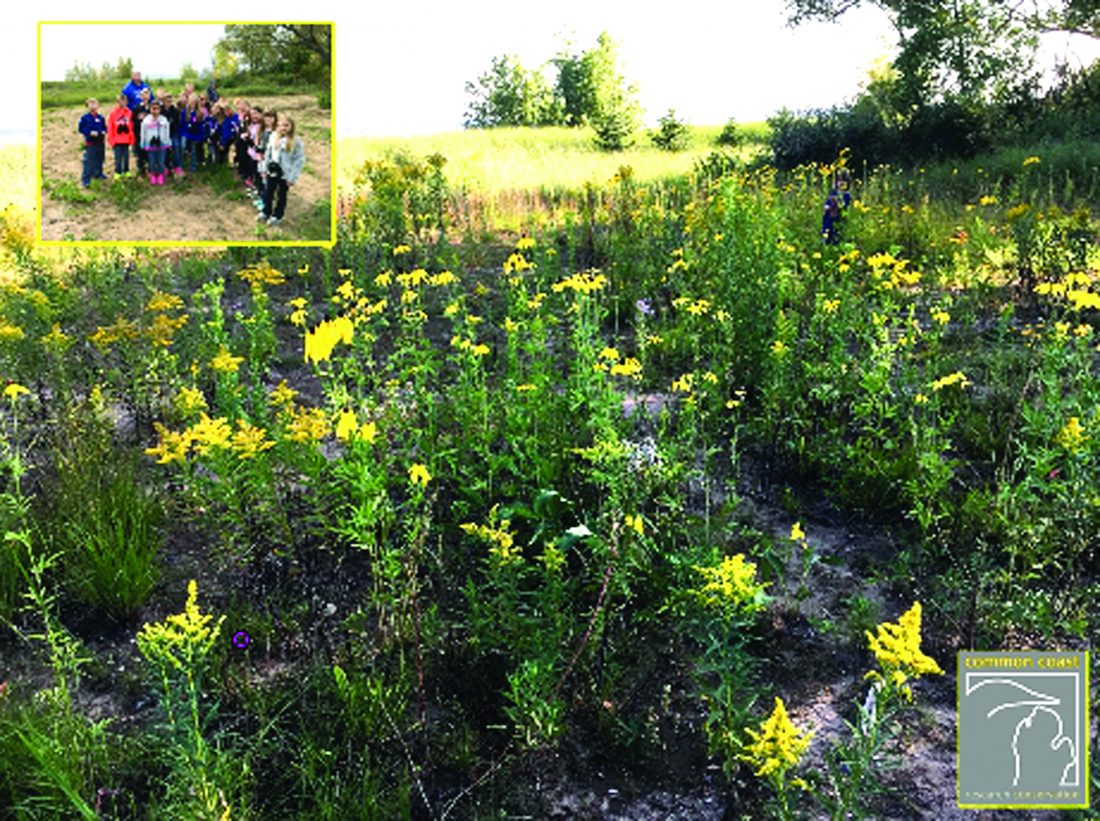 Native plants can benefit a region for people and wildlife. (Photo courtesy of Joe Kaplan)

When Kaplan moved to Escanaba, he got in touch with then-City Manager Jim O’Toole about improving habitat for migratory birds in the town, with Kaplan telling him it was an incredible place for birds. Unfortunately, the habitat was lousy.

O’Toole was convinced enough to put $3,000 in the budget for the bird project.

“I put together a proposal, and that’s how the EMBEI — the Escanaba Migratory Bird Enhancement Initiative — was born,” Kaplan said, with that birth coming in 2012.

City officials were on board with it.

“I went through a year and a half of planning, planning commission, recreation board — which I am now the chair — and city council, and they all approved it,” Kaplan said.

Escanaba is located along the shoreline of Lake Michigan, as is the popular birding site, Peninsula Point, which attracts birds such as scarlet tanagers, Baltimore orioles and indigo buntings.

“It’s a world-class site for bird migration,” Kaplan said of the point.

Portage Marsh is a coastal wetland complex on Lake Michigan in Delta County, bounded on the north by Escanaba and on the south by Portage Point, according to visitescanaba.com. The marsh’s habitat includes a sand beach, open water, cattail marsh, wet meadow, shrub thickets, inter-dunal ponds and a creek mouth.

But an urban area in Escanaba can attract birds too.

Of the 235 birds he’s recorded from two lots in Escanaba, 68% are migrants, Kaplan said.

However, habitat still needs to be improved.

Kaplan mentioned Escanaba’s waterfront as an example since it’s surrounded by neighborhoods planted mostly with ash and Norway maple — not a hospitable place for migratory birds.

“The goals for a bird-friendly city were habitat enhancement; planting native species; of course, invasive species control, which I think is every bit as threatening to our biodiversity as climate change may ever be; and then placement of nest boxes for cavity-nesting species,” Kaplan said.

These lead to benefits such as reduced maintenance costs, community involvement, recreational opportunities and an increase in tourism, he said.

“One thing that Escanaba has going for it is it has a huge hatch of midges in the spring,” Kaplan said. “It’s actually the most challenging thing about watching birds along the Lake Michigan shoreline. You eat a lot of midges.”

However, so do birds.

People’s view of pristine parks with lots of mowed grass, left over from what he called a Victorian mentality, also can be detrimental to migratory birds.

“I work every year to try to take a chip out of that,” Kaplan said.

“We must abandon the notion that humans and nature cannot live together,” the website www.bringingnaturehome.net reads. “Though vital as short-term refuges, nature preserves are not large enough to be meet our ecological needs so we must restore the natural world where we live, work, and play. Because nearly 85% of the U.S. is privately owned, our private properties are an opportunity for long-term conservation if we design them to meet the needs of the life around us.”

On Kaplan’s part, he grows plants such as native cup plant, which dominates his front yard in the summer.

“We do have a jungle in the summertime,” Kaplan said.

One jungle that’s not so desirable is the plethora of invasive phragmites that grows south of Portage Marsh to Green Bay, Wisconsin. He said efforts have been made to spray phragmites to eradicate it.

Other initiative accomplishments include planting native shrubs and forbs and reducing non-native buckthorn in addition to the phragmites.

Kaplan addressed another component of habitat enhancement: putting up nest boxes, with one of the recipients being the purple martin.

“Probably the most important conservation aspect from a bird perspective

of this EMBEI is the purple martin,” said Kaplan, who noted the species is 100% dependent on people’s stewardship.

In fact, he said as far as he knows, there’s only one colony in Escanaba, with the species once having been found throughout the Upper Peninsula.

Installing boxes with starling-resistant holes has helped the colony-nesting purple martin since it’s believed martins were losing their nesting spots to the introduced and highly aggressive European starling.

A 2018 update from Common Coast Research & Conservation indicated the colony of purple martins on Sand Point in Ludington Park had a successful breeding season, with six pairs raising 29 young in the summer.

CCR&C and Wildlife Unlimited of Delta County partnered with the city of Escanaba to provide Ludington Park martins with an improved nest box design that deters starlings while providing plenty of room for rearing young.

“This is a species that depends on this for survival,” Kaplan said.

For more information on CCR&C, visit it on Facebook.

COVID-19 could cut millions of dollars of outdoor-related revenue

MARQUETTE — Outdoor recreation-related companies are struggling to stay afloat amid the fallout from ... 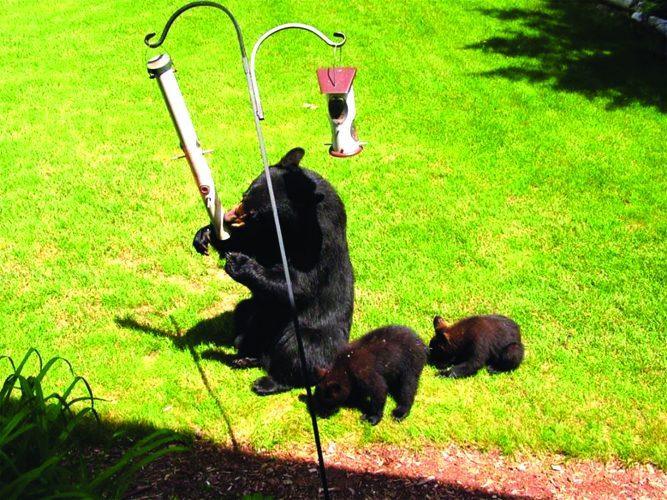 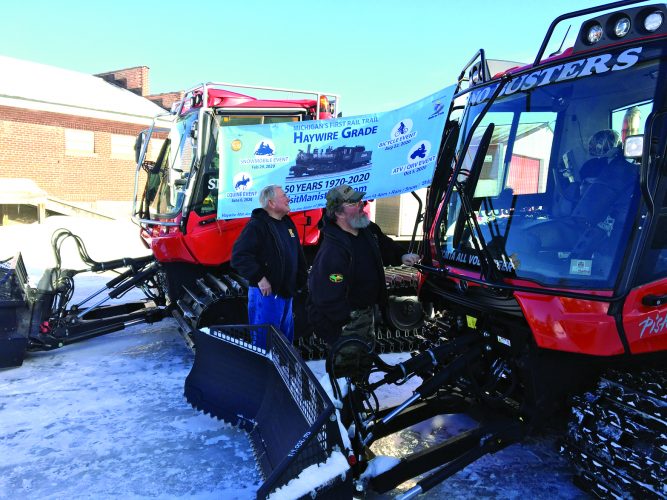 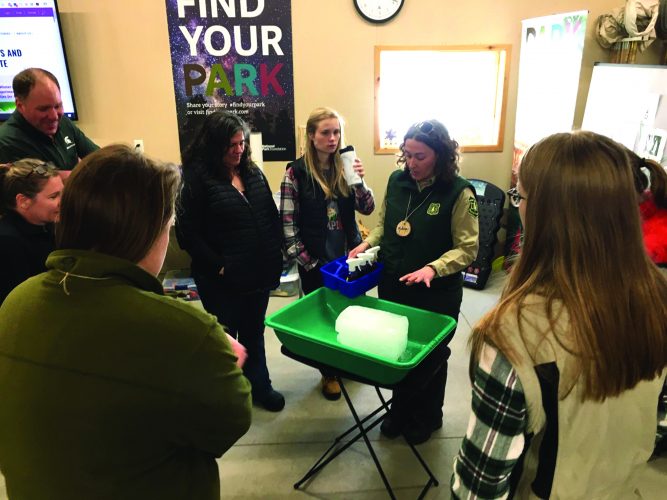