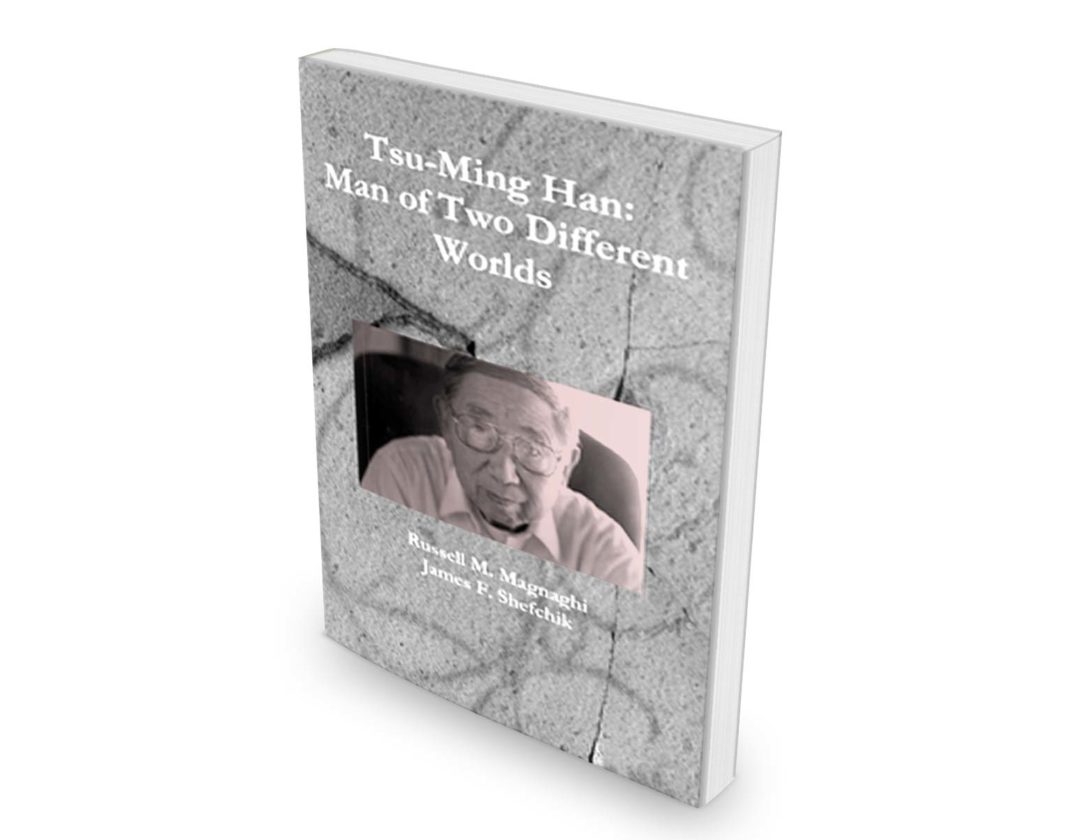 MARQUETTE — Northern Michigan University professor emeritus and historian Russell Magnaghi describes the late Tsu-Ming Han as a “brilliant scientist who helped to save the economy of central Marquette County.”

Han fled China in the late 1940s, just before the Communist takeover, and immigrated to the United States to complete graduate studies in geology. He later was instrumental in developing lower-grade iron ore refinement processes and pelletization for Cleveland-Cliffs Iron Co.

Magnaghi and NMU alumnus James Shefchick presented a new biography on Han to his widow and three children on Saturday. The brief public program and book signing was held at the Michigan Iron Industry Museum in Negaunee.

“Tsu-Ming Han: Man of Two Different Worlds” addressed the impact of China’s violence and chaos on his family and the language and cultural differences he confronted as an immigrant in the United States. It also explores his family life and his professional achievements with Cleveland-Cliffs.

“Tsu-Ming had a 40-year career as a senior research scientist,” Magnaghi said. “His team’s efforts related to pelletization saved the mines of the Marquette Iron Range from closure and allowed them to prosper into the 21st century. He went beyond textbook training. Cleveland-Cliffs would send him problems from its mining locations around the world and he would solve them.”

Magnaghi said Han’s work generated millions of dollars in profit for the company, but was not publicized during his lifetime because administrators were concerned about industrial espionage. It wasn’t until after his 2005 obituary was published that many became aware of Han’s contributions to the industry.

“Tsu-Ming’s curiosity led him to do independent research as well,” Magnaghi said. “He and another employee, at different times, had discovered pieces of rock with fossil-like material in the mine. Tsu-Ming was able to locate the fossil on site and date it at 2 billion years old based on the isotopic date of the iron formation.”

Han’s notable discovery of the “world’s oldest megascopic fossil” gave the Upper Peninsula an important claim to fame. He presented his findings at the Geological Society of America in 1991 and collaborated with a UCLA professor on a related publication. He published and presented numerous papers on iron geology.

Han’s wife, Joy, had a similar exit from China. She still lives in Ishpeming, where the couple raised children Dennis, Timothy and Lisa.

“Tsu-Ming Han: Man of Two Different Worlds” was published by the NMU Center for Upper Peninsula Studies and 906 Heritage.