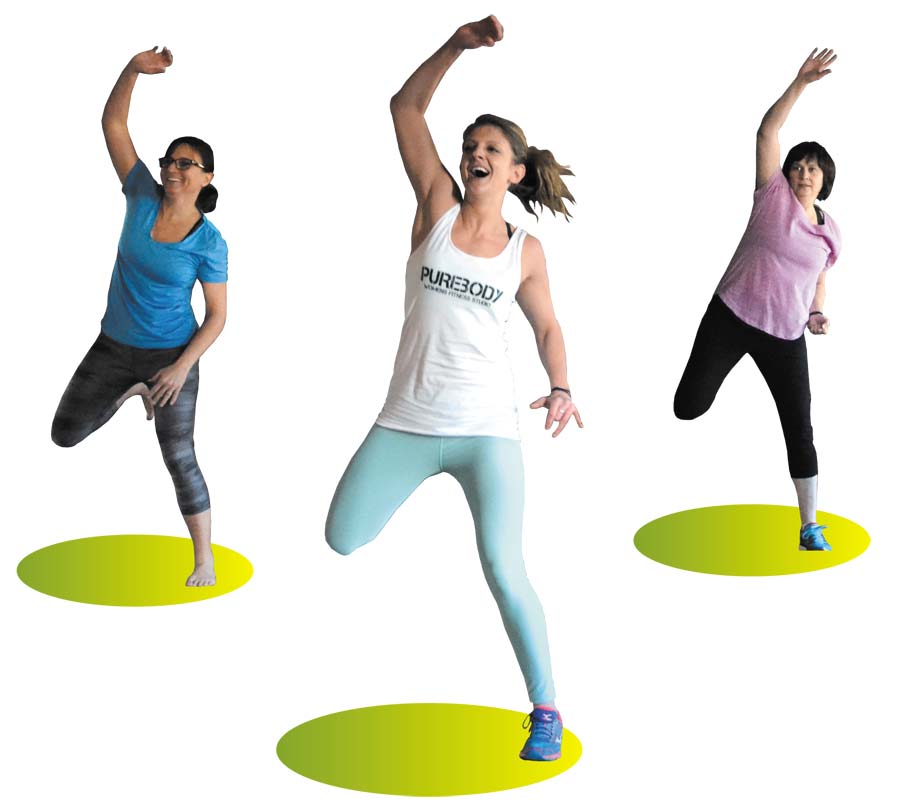 MARQUETTE — When Kacie Hanford opened PureBody, she did so with the intention of empowering women to lead happier and healthier lives.

“Having a group of fierce women that push you, inspire you and hold you accountable is powerful,” said Hanford, PureBody owner and fitness instructor. “We’re a family here.”

The idea, said Hanford, originated from her own journey overcoming some personal struggles.

“I realized I was at my lowest point — 35 pounds overweight, depressed, anxious, eating crappy and just not taking care of myself,” Hanford said. “I was sick and tired of being sick and tired.” 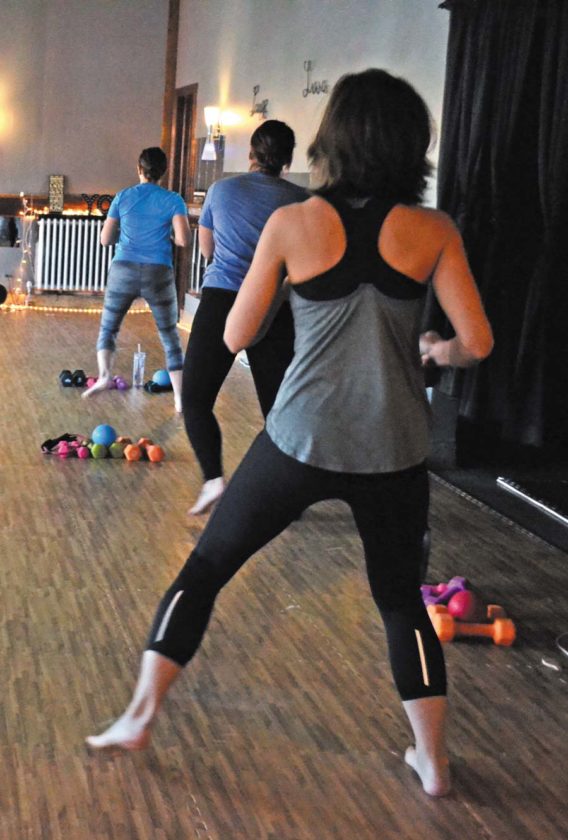 So Hanford decided to turn things around, letting her anxiety and depression fuel her instead of tearing her down.

“Fitness is a private and emotional journey,” she said. “It’s so much more than just getting into shape. It’s working through personal struggles.”

For Marquette resident Sam Shaker, an overheard conversation at a local brewery resulted in a major life change.

“Last year I was at the Ore Dock drinking a beer and Kacie overheard me talking,” Shaker said. “I said I had thought about going to the gym, but pretty much had given up and didn’t care anymore.” 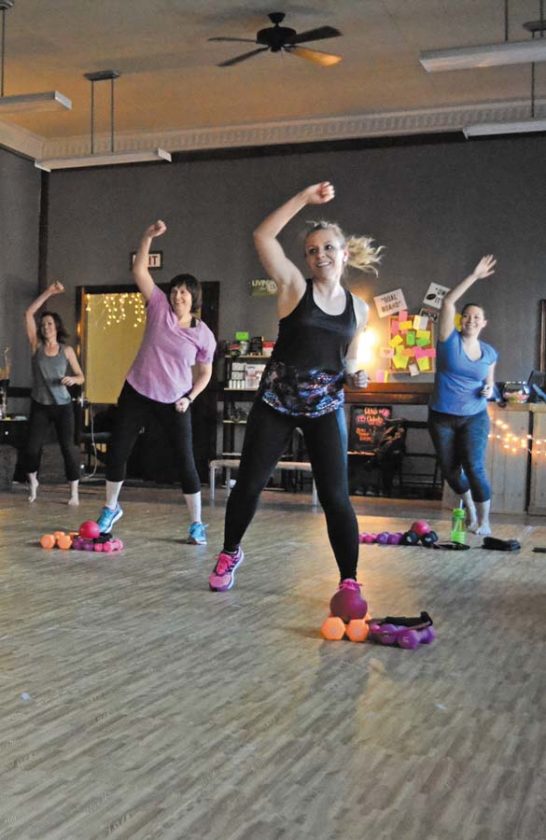 Hanford told Shaker about PureBody, and asked her to give it a shot.

“So I did,” she said. “I got there and I fell in love. I signed up for a membership the next day and have been going pretty much every day since.”

It was the supportive, “family-like” atmosphere that kept her coming back.

“A couple years ago, I was going to a gym, but it was really hard to keep the motivation. It’s easy to say to yourself, ‘I’ve worked hard enough today,’ and call it quits,” Shaker said. “At PureBody, there’s a whole class full of other women that are pushing through and struggling through the same things you are.”

Shaker has made an impressive physical transformation since joining PureBody in March 2016. She said she’s shed more than four feet all over her body and is down six pants sizes. 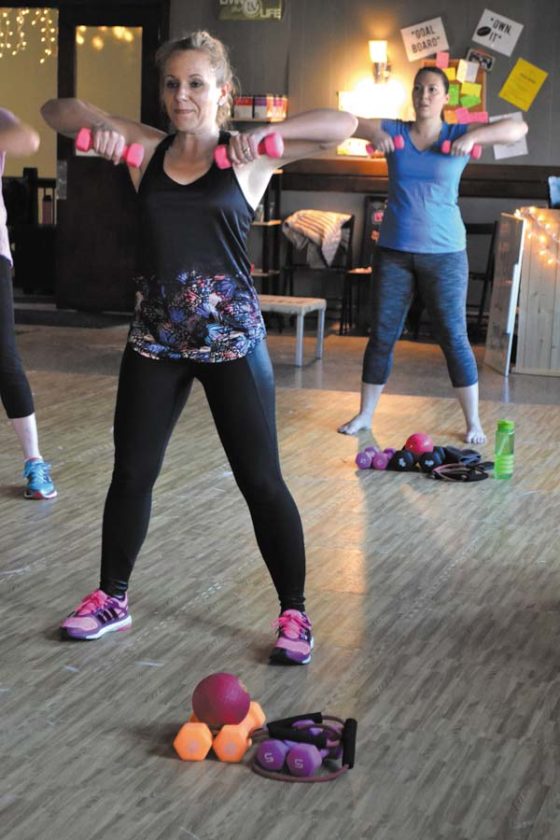 “It’s incredible,” she said. “I look at old pictures and don’t even recognize myself.”

But it’s the transformation inside that’s what really matters, she said.

“I didn’t go to the gym because I wanted to be skinny,” she said. “I needed a hobby that was going to make me happier and healthier. I’ve always had a positive attitude, but it was hidden.”

Now, she said she’s not only happier and healthier, but she’s also able to better handle stress and relationships, and is her confidence level is “through the roof.”

“Working out has made it so much easier to deal with the mental and emotional things life throws at you everyday,” she said.

A pivotal moment in her journey, Shaker said, was when she lost a close friend unexpectedly.

“It was a Friday when I found out my friend died,” she said. “I had worked out with him Wednesday at PureBody, and he passed in his sleep Thursday night.”

Shaker found solace in the last place she had seen him alive.

“I needed to go (to PureBody), because the worst thing I could have possibly done was to stop going,” she said. “It was a turning point in my journey because I thought if I could do this on my hardest day, I can do it any time. It really pushed me. I celebrate my highs and my happiness there, but I can also grieve there. It’s my place to lay everything out on the table. Imperfections, flaws — everything. You can be who you are there with no judgement.”

Recently, Shaker has begun training others at PureBody, becoming a part of their story, like Kacie had done for her.

“Getting started is hard, it really is. It’s a struggle,” she said. “But once you do it and once you take that step, it’s worth every single second of sruggle to get to the other side and become a better version of the person you are.”

One of the first things you’ll notice when you walk into the PureBody studio on West Washington in Marquette is the ballet barre — an important tool used in several classes.

“It’s great because it’s low impact. You’re focusing on one muscle group at a time, making repetitive, controlled, tiny movements,” said Hannah Syrjala, a PureBody trainer. “But you don’t have to be a dancer to do any of this.”

The gym offers classes for women at any fitness level, and pushes them to work hard and find their own successes.

Although there’s a lot of sweating and grunting involved, Syrjala said it’s a lot of fun.

She’s currently in California taking master classes in burlesque and belly-dancing, which she hopes to incorporate into classes at PureBody soon.

“They make you feel sexy and powerful,” she said. “And it’s fun.”

Group running classes and other outdoor workouts are also part of what the studio has to offer.

“It’s a sisterhood,” Syrjala said. “We all love each other very much, and that makes us work harder.”

The work Hanford has done with PureBody has also blossomed into a program at the Marquette Alternative High School.

“It’s been a dream come true to be able to work with them,” Hanford said, speaking of the girls in the “She Believed” program.