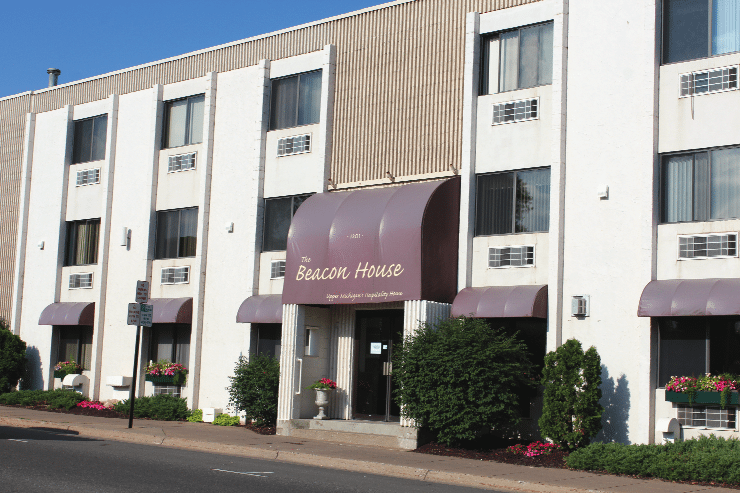 MARQUETTE — A lot of excitement and planning is in store for the Beacon House in Marquette as the building and land along Third Street officially went on the market last week. The non-profit organization is asking for $1.5 million, the same amount borrowed to create the Beacon House from ... 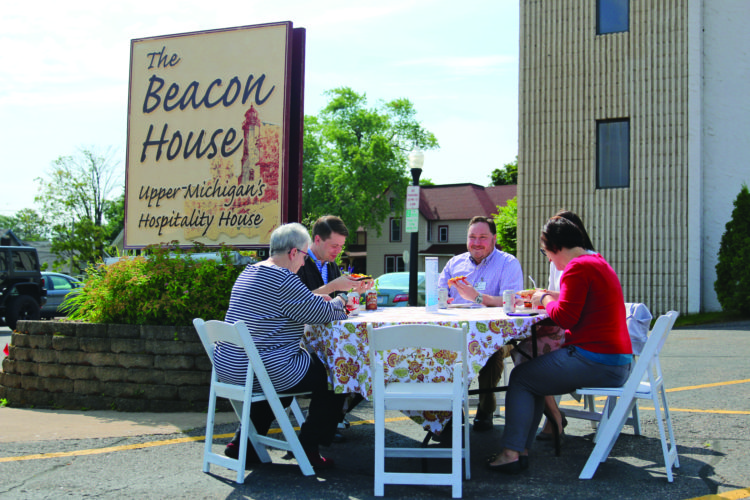 By RACHEL OAKLEY Journal Staff Writer MARQUETTE — In celebration of Hospitality House Week, Beacon House of Marquette offered informational public tours on Wednesday and Thursday last week to spread the word on what the agency does in the community. Beacon House is a non-profit, ... 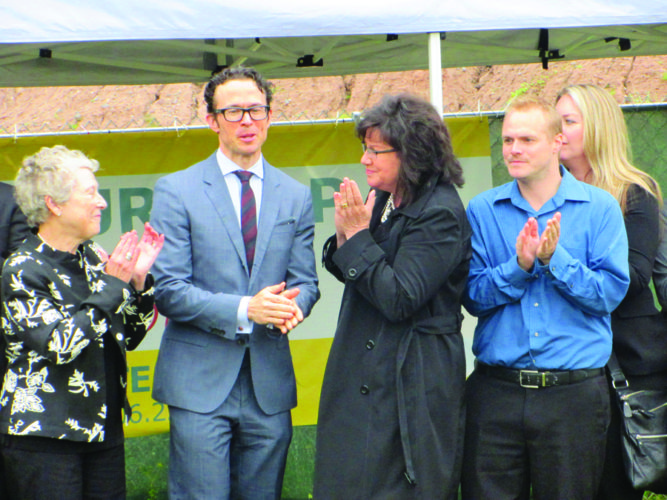 ISHPEMING — Whether it’s an illness or a traumatic accident, the need for medical care — especially when far from home — can leave patients and their families in uncharted waters. The non-profit, donation-based Beacon House has represented safe harbor for UP Health System-Marquette ...

MARQUETTE — The 2017 Upper Peninsula Celebrity Golf Classic held last week in Marquette brought in roughly $122,600 to support operations of the Beacon House. The amount is slightly lower than 2016’s fundraising total of $164,000, but organizers said it still surpassed the $30,000 goal ...

Beacon House’s project to establish a new facility near UP Health System-Marquette’s new hospital took a positive turn last week. The hospital announced that it reached an agreement to lease a portion of its property, near the intersection of Seventh and Spring streets in Marquette, to ... 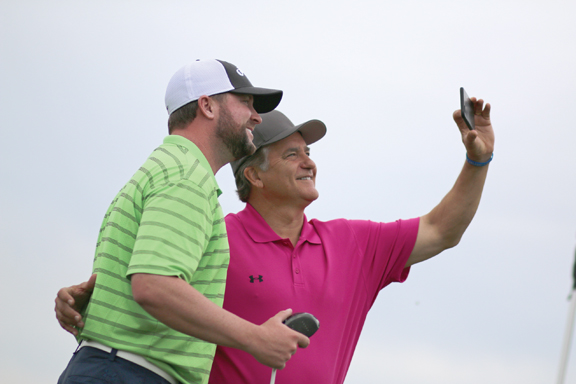 New Beacon House to be located on UPHS-Marquette campus

MARQUETTE — Through a property lease agreement with UP Health System-Marquette, the Beacon House is planning to construct its new building near the intersection of Seventh and Spring streets in Marquette. The agreement was announced Wednesday at an event for the Beacon House’s seventh ... 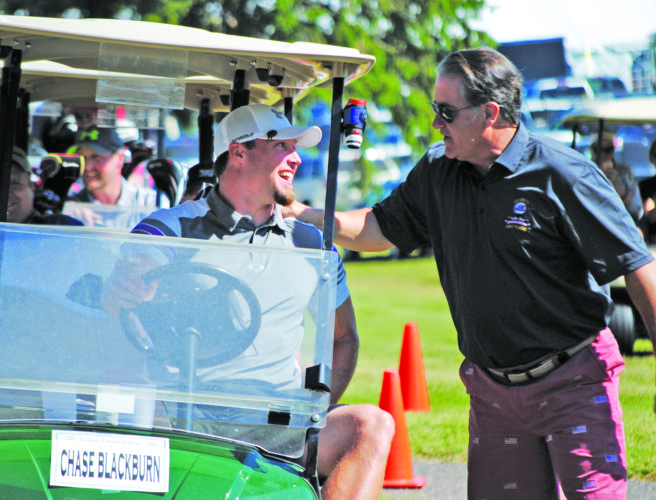 MARQUETTE — The Beacon House of Marquette is set for their seventh annual U.P. Celebrity Golf Classic next week at Greywalls and the Heritage Course at the Marquette Country Club. The event will begin Wednesday at 10 a.m. with the Jay Feely Clinic where the celebrities will be introduced ...

MARQUETTE - Things are getting hairy at VAST of Marquette.During the month of November, more than a dozen representatives of the business will grow beards and collect donations for Beacon House. The month-long fundraiser - Beards for Beacon House - isn't new to the business."For the past four ...

MARQUETTE - Double Trouble Entertainment plans to host a comedic "Monumental Mock Debate" Saturday to benefit the Beacon House.Doors will open at 7:30 p.m. at the Landmark Inn, with the debate slated to begin at 8:30.According to a press release, Joe Black of Joe's Cakes will play the role of ...

Congratulations to the Beacon House for another amazing U.P. Celebrity Golf Classic, which included the announcement the organization will begin a capital campaign to build a new Beacon House near the new Duke LifePoint Hospital.In an announcement made by longtime Beacon House supporter Steve ...

MARQUETTE - NFL Network star and former head coach of the Detroit Lions and San Francisco 49ers Steve Mariucci kicked off the Beacon House U.P. Celebrity Golf Classic Wednesday with the announcement that the organization will begin a capital campaign to build a new Beacon House near the new ...

MARQUETTE - NFL Network star and former head coach of the Detroit Lions and San Francisco 49ers, Steve Mariucci, kicked off the Beacon House U.P. Celebrity Golf Classic on tonight with the announcement that the organization will begin a capital campaign to build a new Beacon House near the new ...

WE Energies recently donated $500 to Beacon House in Marquette. At the check presentation were, from left, Beacon House manager Margaret Parker; Dave Smith, manager of administrative services at WE Energies Presque Isle Power Plant; and Beacon House board President Renee Prince. The ...

The U.P. Catholic Credit Union recently made a donation to Beacon House in Marquette. Shown at the presentation are, from left, Beacon House CEO Mary Tavernini, Hospitality Program manager Margaret Parker and Tina Hakkola of the credit union.

Beacon House party a great way to support great cause

If you're out and about today and looking for something to do that will be both fun and supportive of a great cause, consider the Reverse Draw Raffle dinner and party for Beacon House.The casual fundraiser is set to start at 6:30 tonight at the Masonic Temple Ballroom in downtown ...

MARQUETTE - The third annual "Reverse Draw Raffle" dinner and party for Beacon House will be at 6:30 p.m. Saturday at the Masonic Temple Ballroom in downtown Marquette - and one lucky ticket buyer will win $5,000.Tickets are on sale through today and are $100 each. The ticket price includes a ...