Joe Biden’s worst nightmare might be in theaters Friday 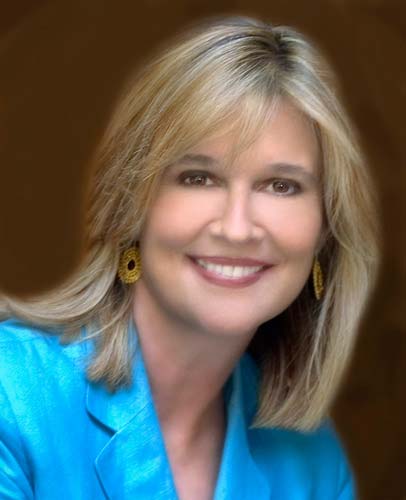 WASHINGTON — Joe Biden may slip the knot of his Ukraine connection, but the more menacing of his bedevilments is yet to come.

The old Joe, meaning the one who led the Senate Judiciary Committee almost 30 years ago during the confirmation hearings of Supreme Court Justice Clarence Thomas, is about to hit the big screen — and not in a good way.

Clips of the hearings are included in “Created Equal,” a new documentary about Thomas that premieres Friday in select theaters around the country, just three days before the Iowa Democratic caucuses.

This is surely a coincidence.

The film, which I previewed (and wrote about) a couple of months ago, is a mesmerizing and deeply moving account of Thomas’ journey from a no-plumbing shack in Georgia’s Lowcountry to the highest court in the land. Based on more than 30 hours of interviews conducted by filmmaker Michael Pack, the movie necessarily covers Thomas’ challenging hearings during which a former colleague, Anita Hill, accused him of inappropriate sexual overtures at work.

He was then head of the Equal Employment Opportunity Commission and she was an attorney-adviser.

Take or leave the veracity of Hill’s account, but the behavior of the committee members toward both Thomas and Hill was shameful and should be embarrassing to this day.

For those who were riveted by the 1991 hearings, the footage will be familiar if somewhat startling. Younger versions of elder statesmen are always a little jarring, revealing who they once were and, perhaps, who they are still.

What we see in the film is Biden convincingly portraying himself as a first-class jerk.

Facing Thomas — a man of exponentially greater dignity in the hearing chamber — the then-Democratic senator from Delaware was condescending and disdainful, not to put too fine a point on it. If you see the movie, you probably won’t like him and, I suspect, he won’t like himself.

Be that as it may, no amount of empathy for Biden’s many tragic losses can mitigate what is plainly visible: The avuncular sweetheart with the twinkling blue eyes and the neon smile was nowhere in sight back then.

He was also, rhetorically, a tad weird.

At one point, Biden was hyper-focused on how Thomas might apply natural law to his judicial decisions. Biden said:

“I just want to make sure we all know what we are talking about here. There is a fervent, bright and aggressive school of thought that wishes to see natural law further inform the Constitution than it does now. The positivists, led by Judge [Robert] Bork, argue against this school. Again, that may be lost on all the people, but you know and I know what we are talking about.”

A beat later in the documentary, Thomas concedes that he knew what Biden was attempting — he was trying to trick Thomas into talking about abortion — but Biden pursued a course so cryptic that one wonders whether Biden himself knew what he was driving at. He continued:

“Someone may apply it [natural law] in a way that is liberal. You may apply it in a way that leads you in a direction that is conservative, or you may, like many argue, not apply it at all. Nevertheless, it is a fundamental question that is going to be almost impossible for non-lawyers to grasp in an exchange, but you know and I know it is a big, big deal. In conclusion …”

In one of several humorous comments in the film, Thomas remarked: “One of the things you do in hearings is you have to sit there and look attentively at people you know have no idea what they’re talking about.”

Later in the hearings, following Thomas’ explosive condemnation of the proceedings as “a high-tech lynching,” Biden and some other committee members seemed abashed and contrite, perhaps in recognition of the truth of which they, of all people, should have been wary. As Thomas himself summarized the events, he was being destroyed because he “was the wrong black guy.”

Whatever one’s impression of Biden or Thomas, you’re likely to change your mind about one, the other or both upon seeing this film. For what it’s worth, I recommend it.