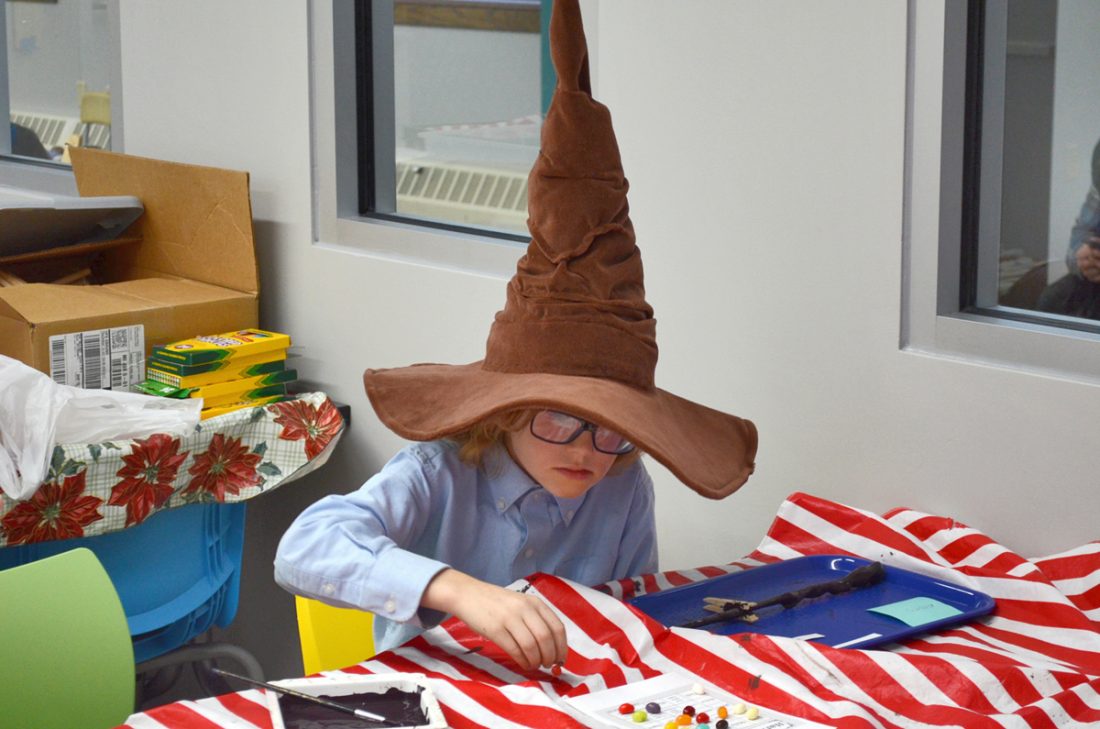 Moses Goodrich wears the sorting hat after winning a round of Potter bingo at the Peter White Public Library in Marquette. (Journal photo by Trinity Carey)

Sarah Rehborg, head of Youth Services, who is a dedicated Harry Potter fan herself, began the program a few years ago so children could enjoy the magic and message of Harry Potter.

“It’s not about magic, it’s not about wizards, it’s about growing up and being special and fighting to survive and fighting to find your place,” said Rehborg. “There’s just many elements to it that a lot of kids can really identify with. It has a lot of really strong female characters as well as male characters and there is something about growing up with it — but it’s still all couched in the fun of magic, and who doesn’t want to go to Hogwarts?”

The program has been split into two age groups: second- and third- graders, and fourth- and fifth-graders, each meeting one Monday a month to do Harry Potter-themed crafts and games.

This month’s fourth- and fifth- grade meeting began with Potter bingo and wandmaking. Little wizards were able to choose their own wand made of wood with a touch of hot glue to give them the character of the wands in the movies, and then paint them as they like.

Wands were made with a saying from the first movie in mind: “The wand chooses the wizard.” After decorating their wands, children drew the three elements that make up their wand from an envelope.

Rehborg has had great attendance for both age groups of the Harry Potter program and already has activities planned for the coming months, such as enjoying butterbeer and Bertie Botts jelly beans during a reading from the third illustrated Harry Potter book as well as marauder’s map, or a map of the Hogwarts grounds.

“Harry Potter is special… I grew up with Harry Potter and it just keeps cycling, it’s a continuous cycle,” Rehborg said. “People my age are having kids who are getting old enough to start reading Harry Potter, at least the first couple of books before they get scary, and so they get to kind of grow up with them. I feel like Harry Potter is one of those series that’s never going to go anywhere. I think it’s going to continue to be popular and the kids just love it.”

Rehborg has also hosted two Harry Potter potions classes which she described as smelly, messy fun. She said she hopes to host them again in the summer.

The Dumbledore’s Army meeting is just two weeks back into the library’s regular programming after their hiatus for construction. But regular programming is now back in full swing and the PWPL is adding even more than before in attempt to increase after-school attendance to the library. New programs include a Slime Squad, “messy science” activities and a Creator’s Hub.

“We’re trying to add a lot more after-school programs, because another thing a lot of people don’t know about this area is that we actually allow anybody 8 or older to be here by themselves. If there’s kids who want to walk here after school or whose parents want to drop them off and pick them back up, as long as they can behave appropriately they are welcome to be here without their adults here,” said Rehborg. “I want us to be a place where kids come and hang out. We’re not a quiet library. You don’t have to come and be quiet, but you need to be appropriate. We’re a place meant to be enjoyed.”

Visit the event listing on pwpl.info for a full list of the library’s programs. 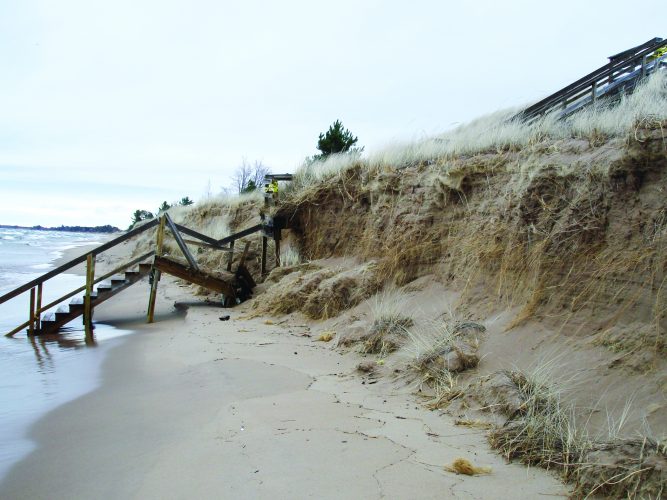