Can’t drive 55? You may not have to if bills OK’d by state Legislature become law 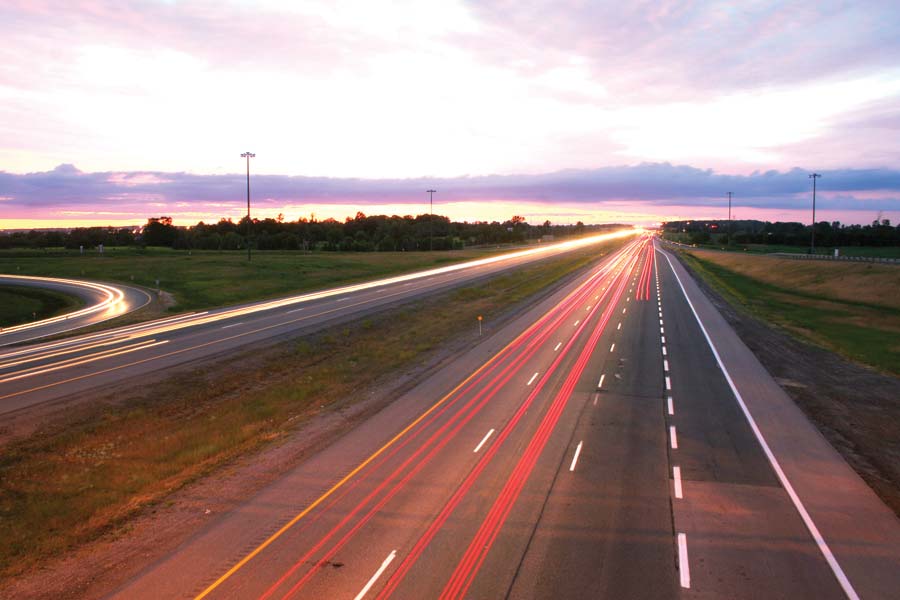 LANSING — Michigan motorists could drive faster on rural highways under bills that won final approval Tuesday in the Legislature, which narrowly backed a 75 mph speed limit on 600 miles of freeway and a 65 mph limit on 900 miles of other roads.

Within a year, the limits would rise from 70 mph to 75 mph and from 55 mph to 65 mph if a safety study shows it is OK and the new limit is what no more than 15 percent of drivers already are exceeding. The limits could rise on about 15 percent of Michigan’s nearly 9,700 miles of I-, U.S.- and M-numbered highways.

Republican Rep. Brad Jacobsen of Oxford, who sponsored the main bill that cleared the GOP-led House 57-51, said it makes sense to base speed limits on the 85th percentile standard — where 85 percent of motorists currently are currently driving 75 mph or 65 mph anyway on the affected roads.

“They encourage more drivers to travel at about the same speed, which has been shown to reduce the likelihood of crashes,” he said. “Rational speed limits make more sense to the vast majority of drivers because they are neither unrealistically low nor high, thus they are largely self-enforcing.”

Gov. Rick Snyder has not said much publicly about the legislation, deferring to his agencies. The Michigan State Police has no public safety concerns while the state Department of Transportation is neutral.

Seventeen states authorize 75 mph or higher speed limits, according to the Insurance Institute for Highway Safety. Other bills sent to Snyder would reduce some speeding penalties that can affect drivers’ licenses and their insurance premiums.

Democratic Rep. Marilyn Lane of Fraser said she voted against the bills because “the emphasis should be placed on the safety of the roads by fixing them first before we decide we want to start going faster on them.”

Also Tuesday, the Senate unanimously advanced legislation that would require schools to consider certain factors before expelling or suspending students — a response to criticism that “zero-tolerance” policies have gone too far. A sponsor, Democratic Rep. Andy Schor of Lansing, said the bills set for final passage Wednesday would “insert a little bit of common sense” into the law.

“We’re telling schools that you can look at the situation and you can decide, ‘Was this intentional? Was it unintentional? Was it a butter knife to spread butter on your bagel? Was it a knife that you use going hunting over the weekend and it was sitting in your backpack? Or was there an intent for a child to use this going after another child or going after a teacher?'” he said.

Meanwhile, majority Senate Republicans shelved more items from the postelection agenda, declaring there will be no voting on legislation that would have toughened voter ID requirements.

Senate Majority Leader Arlan Meekhof said the bills, which cleared the House last week and were opposed by Democrats, needed further study. Measures not enacted Wednesday or Thursday will die, left to be reintroduced in the new two-year session that begins in January.

“We haven’t done real well in the courts on election law,” Meekhof told reporters, a possible allusion to a federal judge’s ruling that struck down a GOP-pushed ban on straight-party voting. “So I want to make sure that if we’re going to do something, we’re able to march right through with it.”

Meekhof also said senators will not vote on legislation that would have no longer exempted the governor and the Legislature from the 40-year-old Freedom of Information Act. The House overwhelmingly approved the bills in September in the wake of Flint’s water crisis and a sex scandal that forced two legislators from office, but Meekhof had expressed reservations.

House bills, passed last week on party lines and which would have increased penalties for illegal mass picketing, also were killed for now by the Senate GOP.

Lawmakers adjourned after about 11 hours of session, as talks continued on an update to 2008 energy laws and a new, scaled-back plan to rein in insurers’ costs to treat people seriously injured in auto crashes.

Legislators did send the Republican governor bills that would require the Natural Resources Commission to consider letting hunters also wear pink instead of orange. Other bills would mandate the development of hunting licenses that could be displayed on a cellphone.

Lawmakers also finalized a bill that would allow pharmacists, without a prescription, to dispense a drug that reverses the effects of overdosed from painkillers or other opioids. Supporters said the “standing order” would put the antidote in the hands of more people who might be present when someone overdoses.